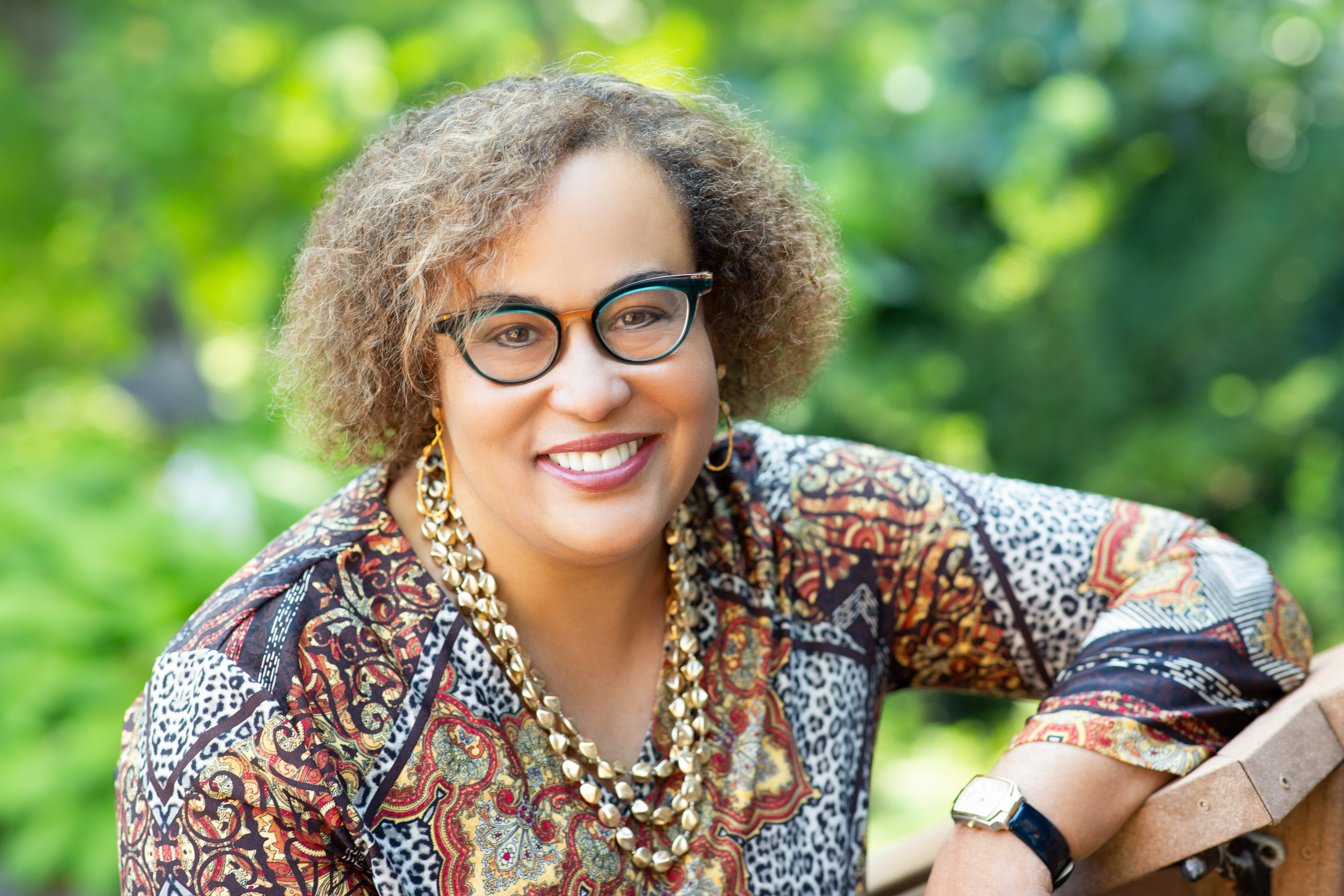 American Studies and Political Science Professor Duchess Harris is the recipient of the 2021 Thomas Jefferson Award. The award was established in 1961 by the Robert Earll McConnell Foundation to honor members of the Macalester community who exemplify the principles and ideals of the third President of the United States. Dr. Harris was selected by a committee of past Jefferson Award winners.

“It was such a thrill to be able to bestow this award upon Duchess, who has made such extraordinary contributions to the campus, the local community, and the world,” said President Suzanne Rivera. “She is a beloved teacher, role model, scholar, and leader.  We are so very lucky that she shares her talents and gifts with Macalester every day.”

An interdisciplinary scholar of contemporary African American history and political theory, Dr. Harris’ work has focused on events of Black political importance that have largely been ignored or neglected. She has authored, co-authored, or edited five academic books and numerous peer-reviewed articles and book chapters. Prof. Harris is particularly proud of her work on The Duchess Harris Collection, a series of 120 books for students in grades 4-12 that address issues of race, gender and class in America.

“This award has tremendous meaning in this political moment because I feel like the College sees me and the work that I have done to lift up racial justice and equity,” said Prof. Harris.

Professor Harris arrived at Macalester as an instructor and a visiting assistant professor in 1994, teaching courses in women’s and gender studies. In 1998 she joined the tenure-track faculty in political science and African American studies. She was tenured in 2004, earned a Juris Doctorate in 2011, and was promoted to full professor in 2013. Dr. Harris was also a founding member of the American Studies department and served as chair for eight years, including as its inaugural chair.

The breadth of courses Dr. Harris has taught is wide-ranging, and includes Foundations of U.S. Politics, Policy Analysis: Health Care in the United States, Black Political Thought, Race and the Law, and “The Obama Presidency.” Among the things she’s most proud of during her time at Macalester are the lifelong bonds she builds with her students in the classroom.

“Staying in touch with the students as they thrive in their careers and then they include me in that is one of the things I cherish the most,” she said.

In addition to her scholarship and teaching, Dr. Harris has served on every governance committee across campus from the Faculty Personnel Committee to the Task Force on the Budget to the Provost Search Committee.

Off campus, Prof. Harris has served on many boards, as well, including the Friends of St. Paul Libraries, Governor’s Council on Public Defense, Penumbra Theatre, Minnesota Women’s Foundation, and Governor’s Council on Black Minnesotans. In 2022, the Minneapolis YWCA named her the “Woman of Power.” She’s also likely the only Macalester faculty member who has thrown out the first pitch at a Minnesota Twins game.