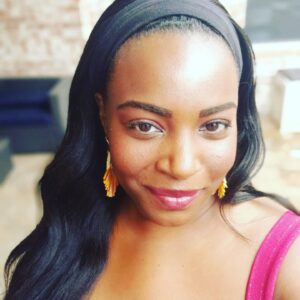 Khalilah Elliott is the Founder & Chief Disruptor of Gafford Communications, LLC, a revolutionary consulting firm focused on providing deliberate and impactful communications strategies that promote equity, diversity and inclusion (ED&I) throughout all aspects of a client’s business operations with an emphasis on multicultural marketing, brand management, strategic partnerships, corporate social responsibility, and ED&I initiatives, as well as ongoing engagement with internal and external audiences of color. Prior to launching Gafford Communications, Khalilah worked as a marketing executive for major entertainment brands including Disney Theatrical Group and the world-famous Apollo Theater. She has worked with a number of major brands promoting multicultural initiatives throughout her career including Coca-Cola, Live Nation, Essence (Magazine), Essence Festival, HBO, BET, Fox, MSNBC, ABC, etc. and off-Broadway companies (Atlantic Theater Company, New York Theatre Workshop) while also developing multicultural marketing strategies for Broadway productions such as Tony-award winners (Best Musical) Hadestown, Aladdin  and the upcoming MJ: The Musical in partnership with REALEMN Productions. Khalilah has also spent years leading major fundraising campaigns and managing donor relations for non-profit institutions such as Dillard University, the Boys and Girls Clubs of Metropolitan Phoenix and the National Birth Equity Collaborative. Her passion and commitment to the causes of ED&I and diversity in the arts continues to inform her work even during the current pandemic. Her expert knowledge of how to attract, engage and best represent BIPOC communities and their interests has been widely sought out by companies and non-profits resulting in her appointment to the Broadway League’s Covid-19 Partnership Task Force and her role as Chair of the Covid Theatre Think Tank Safety & Health Marketing Subcommittee. It is Khalilah’s philosophy that diversity is more than “a box to be checked” that informs her efforts and shapes her approach – leaving her clients with an infrastructure that makes it possible to sustain such efforts beyond her involvement. An engaging public speaker and communications strategist, Khalilah has spoken at multiple conferences, led webinars, lunch-and-learn workshops, hosted trainings, and taught both undergrad and graduate level Marketing and Theater courses. She is also the creative mind behind Kay’s Food for Thought and an independent film/theatrical producer who, along with her colleagues from The Oaks Collective, develops and presents artistic programming that champions the voices of groups who are often marginalized through her production company Chief Disruptor Productions. Currently, she is working on an interactive digital exhibit (“Black Beauty”) that will explore the historical double standards in beauty and fashion for Black women. A Louisiana native who splits her time between Dallas and New York City, Khalilah holds a Bachelor of Arts degree in Communications & Theater Arts from her Alma mater Dillard University in New Orleans as well as a Master of Arts degree in Performing Arts Administration (concentration in Marketing/Non-Profit Management) from New York University. TOPICS: Media, Women & Girls of Color, Race
Book This Speaker

Strong Her Me Podcast

A Seat at the Table

I am Not Your Negro: Radical Solutions for Dismantling Racism in Marketing