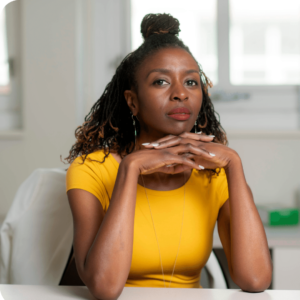 Sabrina Strings, Ph.D. is an Associate Professor of Sociology at the University of British Columbia. Sabrina has been featured in dozens of venues, including BBC News, NPR, Huffington Post, Medium, Los Angeles Times, Essence, Vogue, and goop. Her writing has appeared in diverse venues including, The New York Times, Scientific American, Ethnic and Racial Studies, and Signs: Journal of Women in Culture and Society. Her book, Fearing the Black Body: The Racial Origins of Fat Phobia (2019), is an NYU Press Bestseller. It was awarded the 2020 Best Publication Prize by the Body & Embodiment Section of the American Sociological Association. Follow Sabrina’s latest moves at SabrinaStrings.com and on Twitter @SaStrings.

Fat Phobia And Its Racist Past And Present

The BMI Is Racist And Useless. Here’s How To Measure Health Instead.