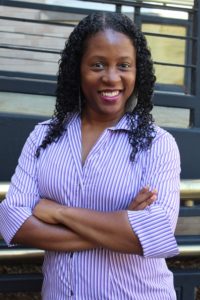 As an interdisciplinary scholar, Willingham’s research examines the intersections of race, gender, and the criminal justice system. She is particularly interested in examining women’s pathways to incarceration, their experiences in and after prison, and giving these women a platform to tell their stories.

Willingham has presented her research at academic conferences nationally and internationally, given lectures at universities in the United States and the United Kingdom, and led workshops in women’s and men’s prisons. Her work on incarcerated fathers and their children, Black women’s prison writing, teaching in women’s prisons, and Black women and police violence has been published in academic journals and edited collections.

Willingham is also writing a book about higher education in women’s prisons. The book – tentatively titled What Good Would a College Degree Do for These Women? – is under contract with Lexington Books and is due to be released early next year. Willingham’s anthology titled Punishment and Society – based on her course of the same name – is under contract with Cognella and will be available nationwide in August 2019.