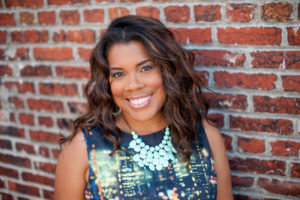 Danielle Belton is the Editor-in-Chief of HuffPost, a Pulitzer Prize-winning news organization that publishes original online reporting on politics, lifestyle, entertainment, and more. Recently, Axios reported that HuffPost has become profitable since Belton assumed the role last year. It now has more than 150 journalists and is back to hiring again. Belton was previously Editor-in-Chief of The Root.

Danielle began her journalism career at the Midland-Reporter Telegram in Midland, TX and the Bakersfield Californian, a local newspaper in Southern California; later created and managed her own award-winning blog, The Black Snob, in 2007; and since then has written, edited, and contributed to numerous publications including theGrio, Essence, The Washington Post and The New York Times — as well as programming across NPR, PBS, CNN, ABC, and BET. In 2012, she was one of the first black women to lead a writer’s room in late night television for BET‘s offering Don’t Sleep Hosted by T.J. Holmes. At The Root, Danielle served as the site’s youngest managing editor and first-ever editor-in-chief, and helped dramatically expand The Root’s profile, traffic, and corps of emerging writers.

Being ‘The Black Snob’ Was a Joke, Until the Day I Actually Became One

The Perils of Being ‘Office Oprah’