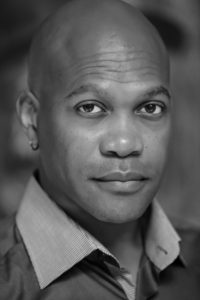 E. Patrick Johnson is Carlos Montezuma Professor of Performance Studies and African American Studies at Northwestern University. A scholar/artist, Johnson performs nationally and internationally and has published widely in the areas of race, gender, sexuality and performance. Johnson is a prolific performer and scholar, and an inspiring teacher, whose research and artistry has greatly impacted African American studies, Performance studies, and Gender and Sexuality studies. He is the author of Appropriating Blackness: Performance and the Politics of Authenticity (Duke UP, 2003), which won the Lilla A. Heston Award, the Errol Hill Book Award, and was a Finalist for the Hurston/Wright Legacy Award; Sweet Tea: Black Gay Men of the South—An Oral History (University of North Carolina UP, 2008), which was recognized as a Stonewall Book Award Honor Book by the LGBT Round Table of the American Library Association; Black. Queer. Southern. Women.—An Oral History (University of North Carolina Press, 2018), which was also named a Stonewall Book Award Honor Book by the LGBT Round Table of the American Library Association, a Finalist for the Lambda Literary Book Award in the LGBTQ Studies category, and a Finalist for the Judy Grahm Award for Lesbian Nonfiction by the Publishing Triangle; and, Honeypot: Black Southern Women Who Love Women (Duke UP, 2019). He is co-editor (with Mae G. Henderson) of Black Queer Studies—A Critical Anthology (Duke UP, 2005). He is also the editor of Cultural Struggles: Performance, Ethnography, Praxis by Dwight Conquergood (Michigan UP, 2013) and co-editor (with Ramón Rivera-Servera) of solo/black/woman: scripts, interviews, and essays (Northwestern UP, 2013). Johnson edited No Tea, No Shade: New Writings in Black Queer Studies (Duke UP, 2016), which was a Lambda Literary Award Finalist in the LGBTQ Anthology category, and he also co-edited Blacktino Queer Performance (with Ramón Rivera-Servera (Duke UP, 2016). His essays have appeared in QED: A Journal of GLBTQ Worldmaking, The Black Scholar, TriQuarterly, Women’s Studies Quarterly, Text and Performance Quarterly, Callaloo, Theater Journal, Biography and the Journal of Homosexuality, among others. Johnson’s performance work dovetails with his written work. His staged reading, “Pouring Tea: Black Gay Men of the South Tell Their Tales” is based on his book, Sweet Tea, and has toured to over 100 college campuses from 2006 to the present. In 2010, the full-length stage play, Sweet Tea—The Play, which was co-produced by About Face Theater, Jane M. Saks, and the Institute for the Study of Women and Gender in the Arts and Media at Columbia College, premiered in Chicago. For the Chicago production, Johnson won the Bert Williams Award for Best Solo Performance, awarded by the Black Theater Alliance in Chicago. The play was also produced at Signature Theatre in Arlington; the John L. Warfield Center for African & African American Studies at the University of Texas, Austin; Dixon Place in New York City; Towne Street Theater in Los Angeles; Rites and Reasons Theater in Providence; the Durham Arts Council in Durham, NC; the Virginia Wadsworth Center for the Performing Arts in Evanston, and, the National Black Theater Festival in Winston Salem, NC. In 2010, he was awarded the Leslie Irene Coger Award for Outstanding Contributions to Performance by the National Communication Association, the Randy Majors Memorial Award for Outstanding Contributions to LGBT Scholarship in Communication and inducted into the Chicago LGBT Hall of Fame. In 2014 he received the René Castillo Otto Award for Political Theater. He is the star and co-executive producer (with John L. Jackson, Jr.) of the documentary, Making Sweet Tea, based on the book and play.