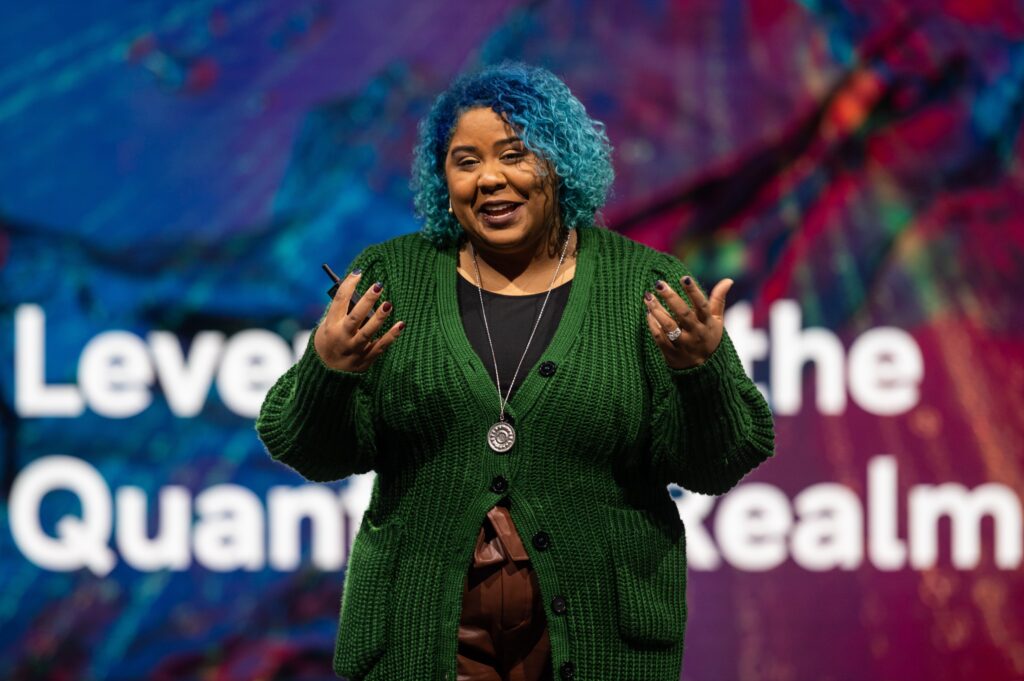 Dr. Jessica Esquivel is an Associate Scientist at Fermilab where she works on the Muon g-2 Experiment which recently announced its exciting Run 1 results, increasing the experiment/theory tension from 3.7σ to 4.2σ. She is one of ~100 Black women with a Ph.D. in physics in the country, the 2nd black woman to graduate with a Ph.D. in physics from Syracuse University, and the 3rd Black woman to hold an Associate Scientist position at Fermilab. Her graduate research focused on studying ghostly particles called neutrinos interacting in the MicroBooNE Experiment using innovative machine learning techniques like those used in facial recognition software. She received her bachelor’s in electrical engineering and applied physics from St. Mary’s University in San Antonio, TX. She identifies as female, Black, afrolatinx, lesbian, neurodivergent, physicist, and Texan. Dr. Esquivel is a recognized advocate for creating just and equitable spaces in physics and focuses on the intersections of race, gender, and sexuality in her community engagement efforts. She is an organizer of APS-IDEA and a co-founder of BlackInPhysics and the Change-Now collective. Dr. Esquivel’s accomplishments include spearheading the sponsorship of Fermilab at Wakandacon, a 3-day afro-futuristic convention that strives to create a safe space for the black community to explore their interests from comic culture to STEM. Dr. Esquivel has also been selected as a AAAS IF/THEN Ambassador, appeared on CBS’s Emmy nominated educational program Mission Unstoppable where she discusses the physics behind makeup, and appeared on the Science Channel’s How the Universe Works discussing how neutrinos could be the key to the mysteries of our universe. Dr. Esquivel is a Texas transplant living in Chicago with her wife and three furbabies.