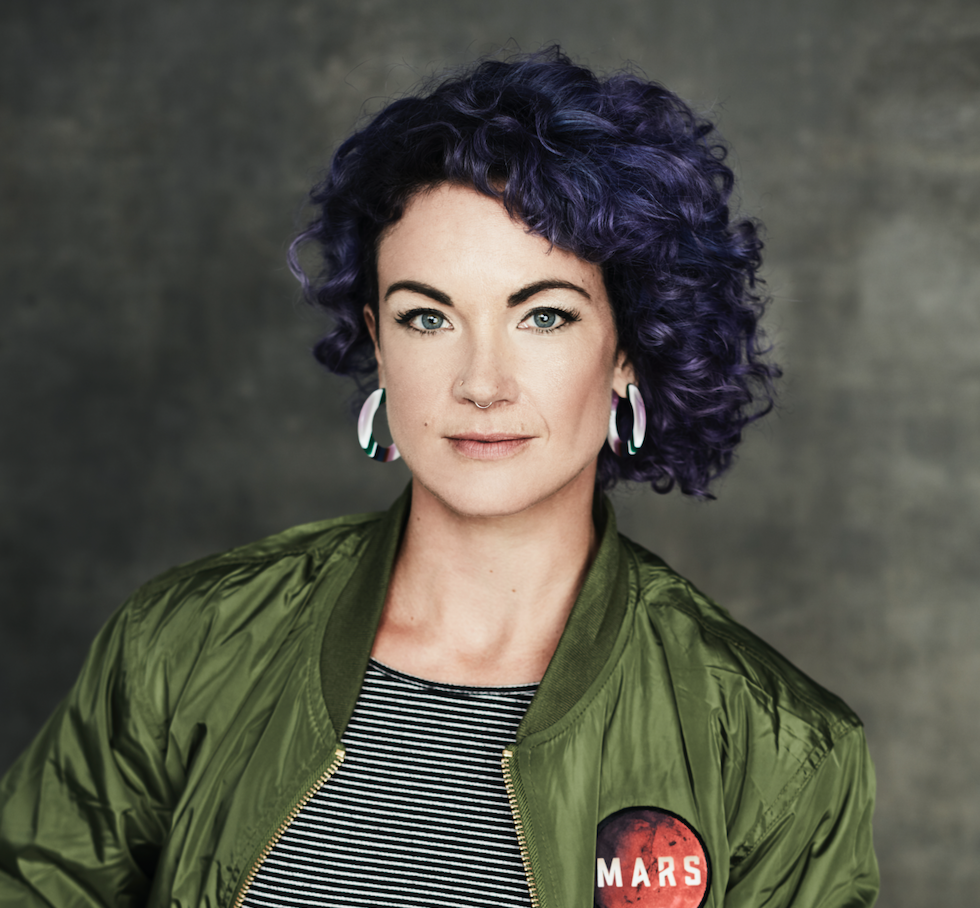 Lucianne Walkowicz is an astronomer, artist, and activist. As co-Founder of the JustSpace Alliance, Walkowicz studies how outer space serves as the site where humanity crafts its futures, and works to make those futures more just (both in space, and on Earth). Over their 20+ years in astronomy, Walkowicz has contributed to major astronomical projects such as the Hubble Space Telescope, Sloan Digital Sky Survey, NASA’s Kepler Mission, and the Vera C. Rubin Observatory. Their astronomical research seeks to understand where and how we might discover alien life in the universe, and how stars influence a planet’s suitability for life. An organizer both within and outside STEM, they work towards social justice in the sciences and beyond, and use popular communication to foster knowledgable, empowered publics.

Walkowicz speaks and writes regularly on topics at the intersection of science and society, with works appearing on TED.com, Slate, The Washington Post, Vox, and more. They have appeared in two feature films (Lo and Behold: Reveries of the Connected World and LAST EXIT: Space), and numerous television shows including National Geographic’s Mars and The Universe on the History Channel.  Their TED Talks (“Let’s Not Use Mars As A Back Up Planet”, “Look Up For A Change”, and “Finding Planets Around Other Stars”) have collectively been viewed over 4 million times. In 2019 Walkowicz received the Scholastic Arts and Writing Alumni Achievement Award. Their multidisciplinary artworks have been shown at Carnegie Hall, the New York Hall of Science, Artisphere in Washington DC, and in many other formal and informal settings. They are currently studying in a professional circus arts program at Aloft Circus Arts in Chicago.

Walkowicz holds a BS in Physics and Astronomy from Johns Hopkins University, an MS and PhD in Astronomy from the University of Washington, and held postdoctoral fellowships at UC Berkeley and Princeton. In 2014 they became an astronomer at the Adler Planetarium, where they worked until 2022. In 2015 Walkowicz founded the LSSTC Data Science Fellowship Program, an initiative to provide astronomy graduate students with training in advanced computing. In 2017-2018, Walkowicz served as the 5th Baruch S. Blumberg NASA/LOC Chair in Astrobiology, where they convened and curated several interdisciplinary gatherings (“Decolonizing Mars” and “Becoming Interplanetary”) to help coalesce the many voices clamoring for more equitable space futures.

Asteroid 205599 Walkowicz is named in honor of their contributions to the Sloan Digital Sky Survey.

Bringing Science and Space to Life with a YouTube Comedy Show

Don’t Count on Billionaires to Get Humanity into Space

NASA advisor quits after the agency keeps a $10 billion telescope