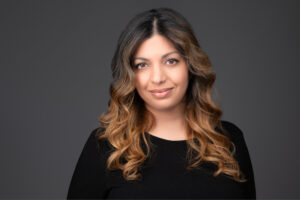 Shaleen Title is an Indian-American attorney and longtime drug policy activist who has been writing, passing, and implementing equitable cannabis laws for over 20 years. She is a former top regulator for the state of Massachusetts, where she served as commissioner of the Cannabis Control Commission from 2017 to 2020. She is the author of “Fair and Square: How to Effectively Incorporate Social Equity Into Cannabis Laws and Regulations” and “Bigger is Not Better: Preventing Monopolies in the National Cannabis Market.”

In 2021, she co-founded the drug policy think tank Parabola Center, which creates model policies to protect people rather than corporate profits. Since 2021, she has also served as Distinguished Cannabis Policy Practitioner in Residence at The Ohio State University Moritz College of Law’s Drug Enforcement and Policy Center. She is a founding member and current vice-chair of the Cannabis Regulators of Color Coalition.

Shaleen is a frequent keynote speaker and consultant on cannabis policy and has testified before governmental bodies around the world about fair and equitable marijuana laws. In 2021, she was an honoree on the Boston Business Journal’s 40 Under 40 list. Described as “the people’s weed watchdog” in Boston Magazine’s 2019 Power List, she has been widely recognized for her focus on racial justice and her efforts to make the cannabis industry more inclusive. She is a recipient of both Students for Sensible Drug Policy’s and New England Cannabis Community’s lifetime achievement awards.

She serves as an advisor to Supernova Women, a nonprofit creating a space for women of color in cannabis, and the THC Staffing Group mentorship program. She is also a national advisory board member of Rank the Vote. Previously, she was a founding board member of the Minority Cannabis Business Association, where she led the creation of the first state-level model legislation created to guide states in the process of reinvestment and reconciliation.

Shaleen is frequently consulted by the media about marijuana policy; her interviews have been featured in outlets including PBS NewsHour, Politico, NPR, Rolling Stone, Newsweek, The Guardian, and VICE News. Her op-eds and other written work have appeared in The New York Times, The Boston Globe, Philadelphia Inquirer, Commonwealth Magazine, Marijuana Moment, and Boston Business Journal. She is an alumna of the Illinois Mathematics and Science Academy, a public magnet school with an emphasis on developing problem-solvers, and holds a business degree, law degree, and graduate degree in accounting from the University of Illinois. She was previously a consultant for Deloitte.