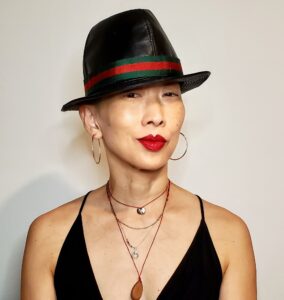 Sophia Chang is a screenwriter and author who is developing numerous TV properties, including a scripted series at FX, based on her Audible memoir “The Baddest Bitch In The Room.” Earlier this year, she was the subject of an episode of the Hulu series “Defining Moments.” Her memoir was released in print on 9/8/20. Sophia recently created Unlock Her Potential, a program that provides mentorship for women of color. Sophia Chang is the music business matriarchitect who managed Ol’ Dirty Bastard (RIP), RZA, GZA, D’Angelo, Raphael Saadiq, Q Tip, and A Tribe Called Quest as well as working with Paul Simon. She did marketing at Atlantic, A&R at Jive, A&R Admin at Universal, as well as serving as General Manager of RZA’s Razor Sharp Records, Cinematic Music Group, and Joey Bada$$’ Pro Era Records. She trained with and managed a Shaolin Monk, who became her partner and father of her children. She produced runway shows for Vivienne Tam and “Project Runway All Stars,” was an account executive at a digital agency, and did biz dev at a cannabis company.