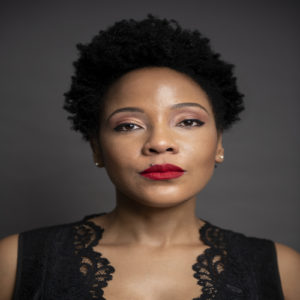 Sylvia A. Harvey is an award-winning journalist and a fellow at Type Investigations. She reports at the intersection of race, incarceration, gender, and policy. Harvey’s reporting has appeared in Vox, ELLE, Colorlines, The Nation, The Appeal, the Feminist Wire, AOL’s Bedford-Stuyvesant Patch, where she served as the gentrification columnist, and more. Her commentary on race and the criminal justice system has been featured on NPR, WBAI, Cheddar News, Women’s Media Center Live with Robin Morgan, HuffPost Live, Radio Curious, and beyond. Harvey is the author of The Shadow System: Mass Incarceration and the American Family,  a searing exposé of the effects of the mass incarceration crisis on families — including the 2.7 million American children who have a parent locked up.

Harvey’s research and reporting investigates the way culture, politics, history, public health, public policy, and economics affect our lives. The Oakland native earned a BA in sociology from Columbia University, where her research experience advanced her commitment to understanding inequality, and fueled her desire to communicate her work beyond the academy. Leveraging her sociological training to examine social inequalities, she subsequently pursued graduate training in journalism at Columbia’s Graduate School of Journalism.

As a panelist, Harvey has spoken about mass incarceration and social justice issues at a number of institutions. She is the recipient of a National Headliner Award and a National Association of Black Journalists (NABJ) Salute to Excellence award. Harvey lives in New York City.

The legacy of the pandemic: 11 ways it will change the way we live